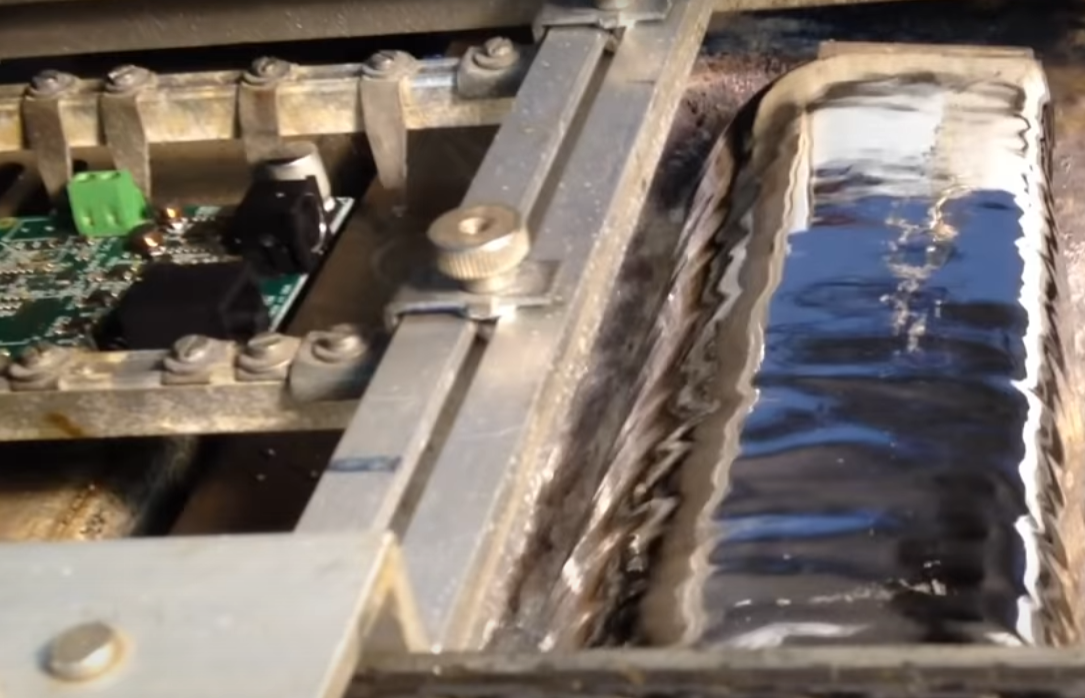 Soldering is the third step in the PCB assembly process. The first is, of course, the application of solder paste and the arrangement of individual electronic components. At this point, it's time to solder. With wave technology, a flux is applied to the soldering side, which is heated and guided by a single or double solder wave. When using lead-free alloys, the brazing temperature reaches 260 degrees.

Unlike selective soldering, wave soldering covers the entire circumference, not just selected areas of the board. This is a more efficient process and reduces assembly time. Wave soldering can be used in both THT and SMD surface mounting.

The use of nitrogen in the soldering process

It is worth noting that manufacturers are increasingly opting for wave soldering using hot nitrogen. It is a kind of protective layer that increases heat transfer and protects delicate elements against moisture and air. Hot nitrogen brazing also reduces the problem of scuffing and mechanical defects on the plate surface. Thanks to this, the process becomes much safer and more effective.

Wave soldering technology has been in development for two decades. The introduction of hot nitrogen significantly increased the effectiveness of this method. Although its use requires additional investments in the necessary equipment, savings generated due to lower production costs allow you to quickly amortize the costs of purchasing the machines. Therefore, many manufacturers choose to take advantage of wave soldering. Of course, this applies to products where the use of this type of soldering is necessary for technological reasons.

What are the advantages of wave soldering in a nitrogen blanket?

The use of hot nitrogen improves heat transfer on the PCB between two waves, which is especially important when using lead-free eco-friendly alloys. Longer contact time with the weld increases transport speed and streamlines the assembly process on an automated production line. Protection against oxidation and moisture reduces the formation of scuff marks, short circuits and other mechanical defects by up to 90%.

LiFePO4 batteries are the green choice. Not all lithium-ion batteries are created equal. And when it comes to an environmentally friendly, green solution, the LiFePO (LFP) battery is a clear winner.
Read more How to choose a proven EMS service provider? EMS is a contract supplier of electronics, the services of which are used by companies involved in the production of devices and machines. The EMS supplier creates electronic components on request that are necessary for ...
Read more
This site uses cookies!