To maximize the runtime between charges, designers of battery-powered systems must always take into account the efficiency of energy conversion as well as the size and weight of the structure.

Battery-powered robots are increasingly used in industrial automation, agriculture, campus, and consumer delivery, as well as warehouse inventory management. To maximize the runtime between charges, designers of battery-powered systems must always consider energy conversion efficiency as well as size and weight.

These issues become critical as workloads increase, as well as design complexity and weight, resulting from safety and measurement functions such as vision, proximity sensors, and location determination. And at the same time, the required additional processing electronics also consume more energy.

To maximize battery life in the face of these added challenges, designers can leverage a component-based distributed power architecture to power motors, processors, and other subsystems. In this approach, individual components of DC converters can be placed at the point of consumption (PoL) and optimized for high efficiency, small size (high power density), and overall performance. This approach allows for lighter power systems in general, and hence further advantages in terms of the performance of battery-powered robotic systems. Flexibility is also increased as the energy conversion components can be connected in parallel to meet the increasing power demand of the robot. It is also possible to use the same power architecture for an entire robot systems platform of different sizes.

The article briefly describes the power requirements for several robotic applications such as agricultural harvesting, campus and consumer delivery, and inventory handling. It then examines the benefits of using a component-based distributed power architecture and provides sample Vicor DC converter solutions, evaluation boards, and related software to help designers get started.

The power requirements of specific types of robots depend on the application:

Component-based distributed power architectures for use in robotics

This section presents four examples of distributed power architectures based on robot components: from 15.9kW systems for agricultural harvesting robots with a 760V battery pack, to 1.2kW systems for inventory handling robots using 48V battery packs. A common feature of three of the above applications is the main bus splitting the power supply of relatively high voltage to the robot, followed by one or more step-down sections that provide power to the subsystems. The high-voltage power splitter improves efficiency and lowers the supply currents, allowing the use of smaller, lighter and less expensive power cables. The fourth application is a simplification that allows you to create smaller robots using 48V battery power systems.

The Power Grid (PDN) for Agricultural Harvesters includes a 760V Main Power Bus (Figure 1). It is supported by a series of isolated constant-ratio (unregulated) DC converters (left-hand BCMs) with an output voltage of 1/16 of the input voltage. These converters are used in parallel, which allows the size of the system to be adapted to the needs of a specific design.

The power grid (PDN) for campus and consumer delivery robots has a simplification that can be used in medium power systems by using a lower voltage of the main power bus (in this case 100V) and adding regulation in Isolated DCMs on the main bus power distribution in order to obtain the 48V intermediate bus voltage (fig. 2).

This approach allows the use of non-insulated step-up and step-down DC converters to power a variety of subsystems. In addition, the use of a lower voltage on the main power bus allows direct connection of motor drives to the main bus, while the servos can connect directly to the 48V intermediate bus. Smaller campus and consumer delivery robots may include a 24V intermediate bus and either 24 or 48V servos, but the overall architecture is similar.

In smaller robot designs using 48V batteries, there is no need to generate an intermediate voltage bus, which simplifies the design (Figure 4). The receivers are powered directly by the battery voltage in direct conversion using non-insulated DC converters. The elimination of the intermediate bus in the power system increases the efficiency of the system and reduces the weight and cost of the power system. 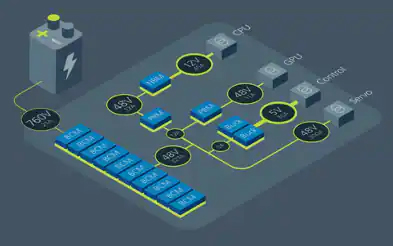 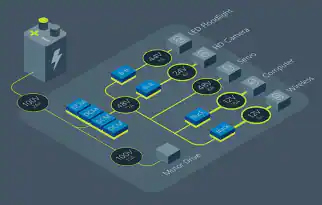 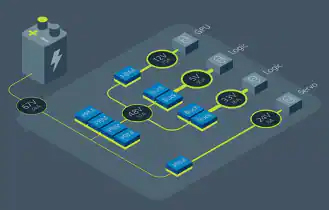 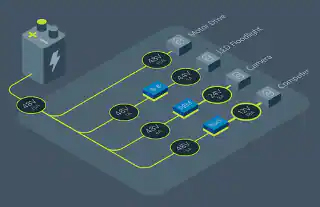 As shown above, designers have to make numerous power system decisions to optimize a component-based power network (PDN) for robotic applications. There are no one size fits all solutions. Generally, in larger robots, it is preferable to use higher battery voltages, which allows for higher power distribution efficiency and the use of lighter and smaller distribution buses.

Vicor offers DC power converters to meet the needs of designers in a wide range of component-based distributed power architectures, including the four described above. The following discussion focuses on the specific devices that may be used in power systems similar to those used in the campus and consumer delivery robots shown in Figure 2.

One of the basic challenges related to electronics housings is heat dissipation, which is related to the heating of electrical, and thus mechanical elements inside the housings.
Read more It often happens that during the wire tinning stage, the flux will get between the wires and the cable insulation. Then, as a result of the increased temperature ....
Read more

Only until the end of June, a unique opportunity!

You can get an Annual Subscription with 80% discount!