Embedded SIM cards (eSIM) and its integrated version (iSIM) are entering the market more and more boldly, having a number of advantages over traditional SIM cards. 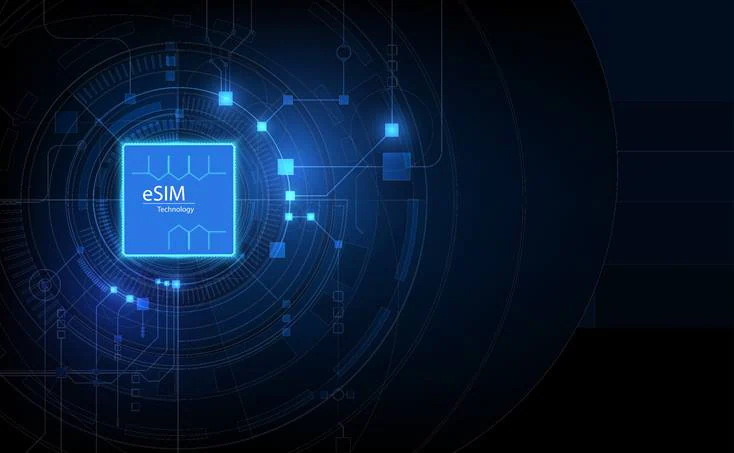 From the beginning of mobile telephony, most devices connected to this type of network use an embedded number or SIM (Subscriber Identity Module) card, thus ensuring the security of authentication and data transmission. Most of the current cell phones and computers connected to the cellular network use a SIM module as a security element.

One of the key features of SIM cards is increased security. The individual subscriber authentication key, permanently fixed in the SIM module, is never transmitted over the radio channel: the process of connecting to the radio station and 'signing' the responses are processed directly on the SIM card. Subscriber confidential information, such as the international mobile subscriber identity or an individual key, is never sent out of the SIM card.

To guarantee the security and privacy of communications, SIM card manufacturers must certify the infrastructure used, ensuring the maximum level of process security. As part of the security process, the SIM manufacturer sends the cards to the operator and the encryption keys for authentication separately.

However, sometimes this procedure is not enough. A few years ago, it was discovered that Gemalto, the largest manufacturer of SIM modules in the world, was hacked by US and UK agencies that stole hundreds of thousands, if not millions, of SIM1 encryption keys. Access to keys - together with the use of appropriate tools - made it possible to eavesdrop on GSM communication by a number of government agencies for several years.

Currently, the biggest challenge for device manufacturers and operators is providing credentials to billions of devices each year. This is where the embedded SIM (eSIM) and its integrated version (iSIM) comes in. Both solutions have a significant advantage over SIM cards. While the format of traditional cards has shrunk over the years to that used in nano-SIM devices today, it still requires physical delivery, a pocket within the device, and takes up considerable space on the board.

Additionally, in the case of traditional SIM cards, in order to change the operator, it is necessary to physically access the device and replace the module. While this is not particularly important for smartphones, since they are devices with service subscriptions, it is a serious problem when mass IoT deployment of small, inexpensive devices such as sensors or edge computing devices.

Smartwatches, tablets, e-readers and other small consumer devices with access to the mobile network have been using eSIM cards for years. Both Apple (for iPads) and Amazon (for Kindle) started using their own versions of embedded SIM cards before the GSMA specifications even went into effect. Today, Apple produces all its smartphones with a built-in SIM card (from 2018 iPhone XS), and most Android-based manufacturers use eSIM in their high-end models. More than 200 mobile operators in over 80 countries offer eSIM consumer services, and by 2024 it is expected that the built-in UICC will have 875 million devices, both targeting the consumer market and IoT. 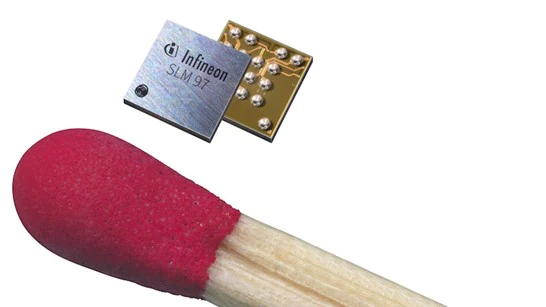 
Most consumers, however, are still not familiar with the existence of eSIM: 'The fact that 80% of consumers are still unaware of eSIM technology poses a real risk to its widespread use,' comments Søren Haubold, strategic marketing manager for mobile security at G + D.

eSIM is the present and future of IoT devices based on a cellular network.

While a separate embedded SIM provides the benefits of smaller size, self-reporting and automatic OTA updates, and lower power consumption, the integration of a SIM module in a larger SoC brings additional benefits to OEMs who want a smaller and cheaper solution for their modules.

Companies such as SONY Semiconductors (formerly Altair Semiconductor) offer integrated IoT modules such as the ALT12504 and ALT1255. Both modules integrate NB-IoT and LTE-CatM cellular connectivity (including emergency 2G), an ARM Cortex M4 application microcontroller and an iSIM card.

The iSIM further reduces the PCB space requirements, lowers the power consumption of the SIM card and offers higher performance as it is located on the local SoC bus, communicating with other components such as radio modem, memory and processor. Higher integration of iSIM solutions also lowers the BOM across the device and lowers maintenance costs.

Security is critical to the take-up of eSIM

As eSIM cards are integrated into the wireless device, they cannot be removed or replaced. Therefore, the main challenge with using embedded SIM cards is ensuring the secure delivery of operator credentials and software updates. GSMA IoT SAFE6 gateways and eSIM specification ensure the secure delivery of new operator profiles and security upgrades in Over-the-Air (OTA) mode.

In this matter, the safety of the production plant itself is of great importance. Since master keys, which are the basis of trust, must be encoded in modules, a safe, certified manufacturing facility is essential. That is why companies such as Infineon, which is one of the main manufacturers of eSIM cards, have state-of-the-art GSMA certified secure facilities.

This article was published courtesy of Arrow.

IKIDO - a platform for optimizing the supply chain The portal tek.info.pl provided a list of the Top 100 Polish OEMs of the largest Polish electronics manufacturers, whose production is...
Read more
This site uses cookies!