THT (Through-Hole Technology) technology is a vanishing way of assembling electronic components, but often used because of the size or durability of components’ connections. This technology involves the assembly of components equipped with metal legs. They are inserted through the holes in the PCB.

What exactly is THT assembly?

The abbreviation stands for “through-hole assembly”, which thoroughly explains the assumptions of this technology. Electronic components, such as resistors, capacitors and transformers have pins in the form of legs. We thread them to the other side of the circuit board using dedicated holes. The advantage of this technology is simplicity-  anyone to create their own circuits on a PCB.

PCBs used for THT technology assembly have solder pads made of material on one side that makes soldering easier. It is copper covered with a tin layer. When we have soldered individual elements to the pads, all that is left is to only adjust the length of the legs by cutting off the unnecessary tips. 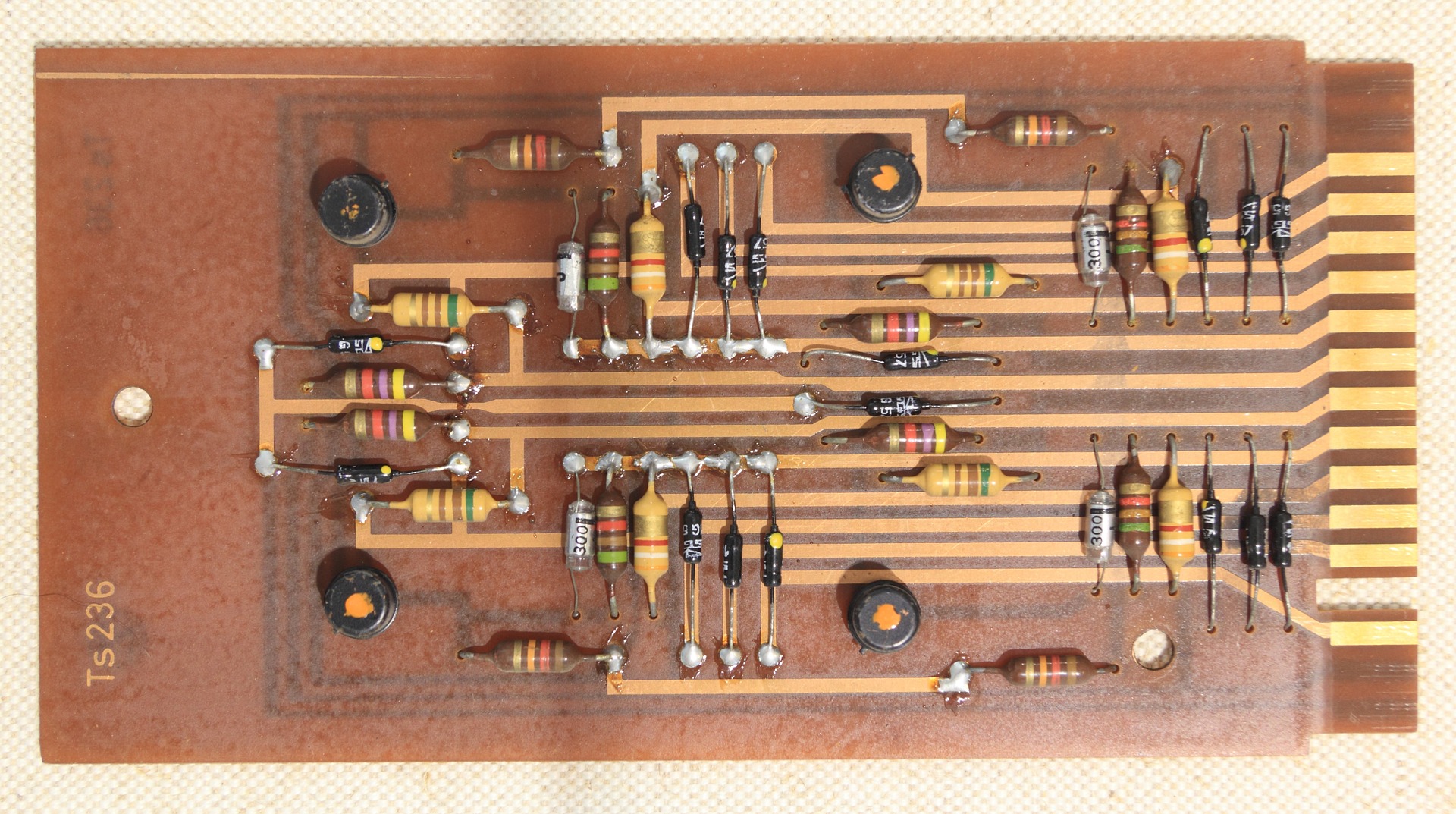 In what situations is THT technology used?

Specialized SMT lines are used in modern production halls, which allow for a fully automated PCB assembly process. In what situations is THT technology used? Most often it is reached out for due to the lack of specific components made in SMT technology, or from other requirements, e.g. mechanical, when an element of significant dimensions and weight will be exposed to shocks or mechanical impacts.

It is also a real treat for all engineers who want to create their own device or are involved in creating functional alterations. Today, THT technology is most often used in the case of amateur devices. This method of assembly is also used in industry, in the case of components with very high power. THT assembly was extremely popular in the 1990s, as well as at the beginning of the 21st century. Currently, SMD technology in which electronic components are soldered on the surface of the board is used much more often.

Advantages and disadvantages of THT technology

Let's start with the strengths. THT assembly allows experienced engineers to create better systems that will allow more efficient operation of the electronic device. This technology has also saved countless electronic equipment from premature disposal. An experienced electronics engineer was able to create his own PCB, which replaced the damaged component and thus helped repair the improperly working equipment.

However, this technology is not without flaws. The biggest limitation is the fact that the systems created through THT assembly are quite large for today's reality. Thus, they are not used in devices that have been created in the era of miniaturization. Manual and automated assembly of components is also time-consuming and expensive. These are the main reasons why THT assembly has been superseded by modern SMD technology. ROHM has developed resistors with the industry's highest power rating of 4W for industrial and consumer applications.
Read more Printing solder paste for very small components, such as CSP with a pin spacing of 0.3 mm or components in chip 01005 housings, is a key challenge in the printing process.
Read more
This site uses cookies!