Conventional technologies commonly used to measure the distance between objects and determine their position include Bluetooth Low-Energy (BLE), RFID-based tracking devices, ultra-wideband (UWB) systems, and ultrasonic sensors. Speaking of broadband sensors, we mean wireless communication, which uses a wide band, which is over 20% or over 500 MHz.

What are the key requirements for real world applications of social distance alerts and contact tracking in today's environment? 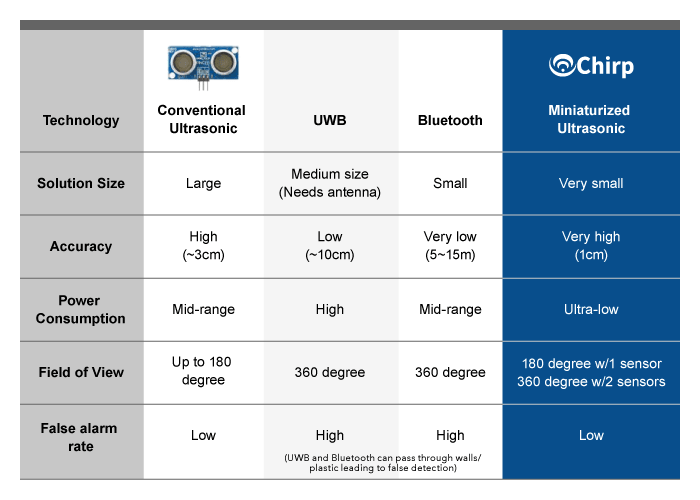 The distance measurement for ultrasonic sensors is very accurate, less than 1 cm. In the case of UWB, it is already 10 cm, and in the case of BLE, even several meters, which is not enough, for example, to detect two people approaching the recommended safe distance of about 2 m during a pandemic. Moreover, ultrasonic sensors use much less energy than UWB, so a small, compact proximity tag can work for several days on a single battery charge.

Practical application of the ultrasonic sensor in the social distance monitoring system.

The CH101, developed by Chirp, is an ultrasonic ToF sensor that combines a piezoelectric ultrasonic transducer (PMUT), an energy-saving digital signal processor (DSP) and a CMOS ASIC power supply in a housing measuring just 3.5mm × 3.5mm. The ultrasonic transducer mounted on the sensor transmits an ultrasonic pulse and receives the wave reflected from the object. By using ToF technology, you can accurately detect the distance to the object. Thanks to far-reaching miniaturization, the CH101 sensor can be integrated into products such as badges worn by employees. 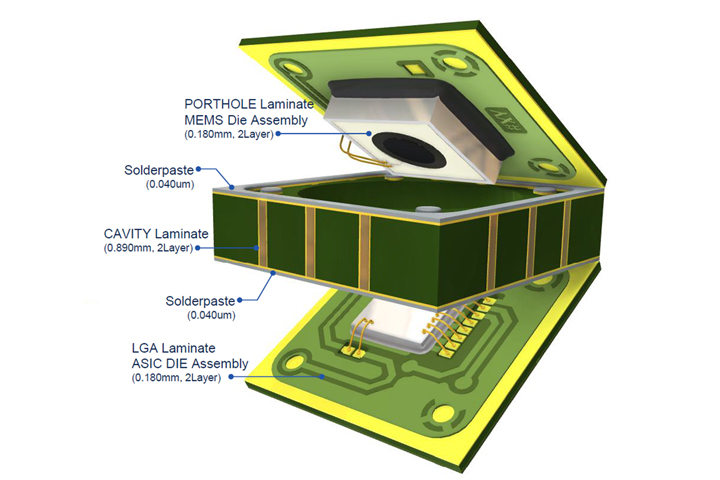 Tags or IDs can be used for both social distancing alerts and for contact tracking. When two workers wearing a tag come within 6 feet (approximately 1.83 m) of each other, the tags may issue a warning. Moreover, the implementation of BLE into the tag structure enables it to record meetings with others and store the history of meetings in a database. If an employee is found to be infected, all contacts can be traced. 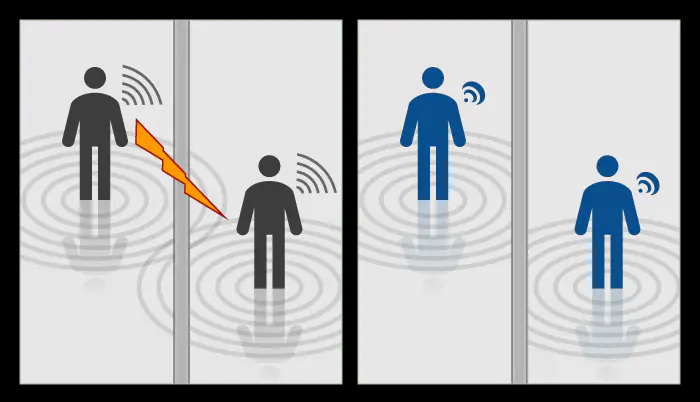 Figure 2: Technologies that use radio waves, including UWB, can give false alarms to people approaching each other through a wall or window (left). Ultrasound determines contact in the air with a minimal amount of false alarms (right). Source: Ultrasonic Sensors Can Measure Distances Between Workers Instantaneously © TDK

Joseph Bousaba also places emphasis on energy consumption. 'UWB works while searching for other devices, which constantly keeps them in pairing mode and thus increases energy consumption, while ultrasonic sensors significantly reduce energy consumption'. Generally, UWB uses approximately 400 mW in receive mode, while Chirp ultrasonic sensors require 0.7 mW to operate, which is more than 500 times less power. According to Bousaba, it is not expected that the battery will need to be charged for a week (i.e. approximately 40 hours) of actual use. Minimizing the top-up costs is another key factor from the point of view of those responsible for monitoring in factories with a large number of employees. What are the likely causes of the common problem of solder spatter formation during wave soldering, and how can I prevent them?
Read more On October 13 and November 10, 2021, webinars organized by Semicon and 3M will be held, introducing the subject of protective coatings with 3M Novec Electronic Grade Coating products.
Read more The article presents the mechanism leading to the formation of a grapping defect and methods to minimize its occurrence.
Read more What exactly is the Traceability system and why do we use it on modern production lines? Traceability becomes a synonym of ...
Read more
This site uses cookies!