To prepare their infrastructure for the near future, mobile network providers are already modernizing their ground equipment, enabling it to receive 5G signals sent from space.

Space has always been the ultimate frontier for communications technology - with increased in-orbit activity, including ambitious private sector efforts by companies such as SpaceX, there is growing pressure to deploy 5G infrastructure off the planet.

Satellites are an obvious complement to 5G technology that will benefit consumers with significantly lower latency than current 4G networks. Until recently, satellite communication was a system independent of the much wider ecosystem of mobile networks. However, with the introduction of 5G, the latest and greatest satellites are becoming key network nodes, offering a wide range of connectivity to support autonomous driving, ocean fleets, airplanes and billions of small IoT devices, especially in isolated rural areas.

The last few years have seen an increase in the number of spacecraft entering orbit. It's not just about supplies and staff travel to the International Space Station - there's even a space hotel, and you can bet your guests will need reliable Wi-Fi in their gravity-free rooms.

All the advanced technology ultimately reaches the average consumer, so it is inevitable that 5G innovations made for space will come down to Earth. Regardless, 5G network components must withstand the harsh reality of an extraterrestrial environment for a long time without maintenance. These requirements put pressure on designs and require more advanced semiconductor capabilities. 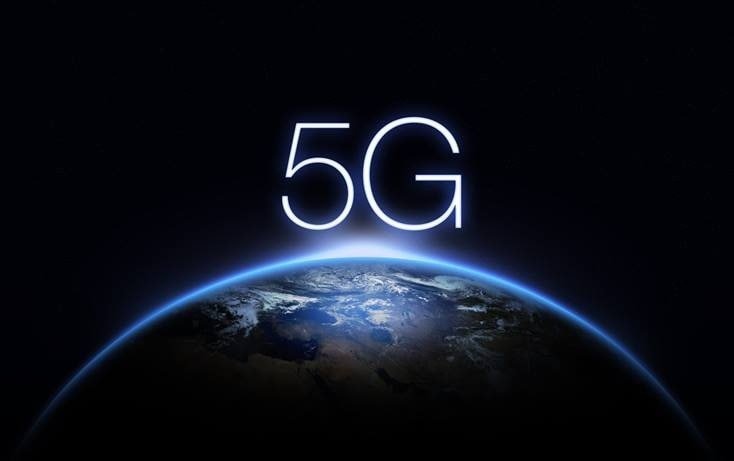 The extraterrestrial 5G network offers many benefits on Earth

Next-generation satellites play a key role in supporting 5G infrastructure around the world, offering additional bandwidth to data-intensive applications. In the meantime, to prepare their infrastructure for the near future, mobile network providers are modernizing their terrestrial equipment, enabling it to receive 5G signals sent from space.

5G customers vary widely. This could be a mobile gamer or a smartphone user who is streaming 4K video over a cellular network. 5G satellite can also support smart home IoT devices, including security systems. Companies can benefit from extraterrestrial 5G support with the ability to track shipping containers, doctors will be able to perform telesurgical operations, and utility and energy companies will be able to monitor the health of power generators, gas lines and oil pipelines in real time. Autonomous vehicles and IoT devices around the world can also benefit greatly from the 5G architecture for satellite communications.

Even though 5G hardware is deployed primarily on Earth, companies like Omnispace and Lockheed Martin are researching space 5G networks to see how they can complement terrestrial infrastructure. Meanwhile, NASA and Northrop Grumman are working together to validate the 5G concept in space, including an integrated communications unit that has been tested on the Grumman Cygnus spacecraft for two weeks.

Building a 5G architecture in space - whether they're satellites or other spacecraft - comes with several key design considerations.

The high density of the multitude of devices using the 5G signal puts a lot of pressure on the spectrum band, which in turn is a limited resource. This can lead to radio frequency interference, which in turn affects the ability of satellites, airplanes and other aviation and space technologies to operate effectively. As numerous new satellites are set to hit space, it raises concerns from existing operators such as weather satellite operators that newer 5G signals will enter their frequencies. And since most commercial 4G networks use all the available frequency division duplex (FDD) bands, most 5G networks will use time division duplex (TDD) bands, which have their own unique requirements and are susceptible to various types of interference that they may have. in turn, affect network latency and performance.

The TDD architecture uses one frequency band for transmitting and receiving, which is an advantage over FDD. However, since 5G is deployed in ground base stations, designers must be mindful of the problem of network interference. Interference occurs when one station is transmitting and the other is receiving on the same frequency band at the same time. This can be avoided by configuring all base stations to either transmit or receive simultaneously.

An extremely important factor is the higher power of external base stations. On the one hand, higher power creates better propagation conditions between stations, but cross-link interference can be significant, especially when the base station transmitting towards the satellite is disrupted by the downlink signal. Adding more 5G stations, even if they are in space, will make network interference management increasingly complex.

As stations are moved into orbit, there will be an increasingly urgent need to address the extreme conditions that 5G solutions in orbit will face. Even ground base station equipment needs to be extremely resilient, however, space has its own stringent environmental requirements including intense heat and cold, extreme vibration, high pressure, and more, all of which vary depending on whether the piece of equipment is in the transport phase or is already operating over the Earth. While civil and military aviation has already made some innovations in this regard, building 5G space architecture will drive the need for further improvements.

The point is not only that the 5G systems themselves placed in space are different from those on the ground, but also that they must be housed differently and connected differently. First, they need to be able to absorb the heat that comes with a launch into space so that they don't burn up in the atmosphere. This means that the 5G architecture requires a heat shield that protects it without disrupting operations. Preventing the system from melting requires effective yet compact cooling and temperature management systems that anticipate the entry and exit of the atmosphere and operate in orbit for extended periods of time.

What else should be considered when designing 5G for space

Regardless of what electronic systems are designed for extraterrestrial use, all connectors and cables responsible for connections should be considered, including 5G network components. The housing of the connectors and cables, as well as the metals from which the contacts are made, will be crucial in protecting any electronics from the conditions of space, so they can withstand high electric current and ripple intensity and extremely low orbit temperature, while still delivering signal that complies with speed, latency and performance requirements. Space age connectors and their housings will have to move beyond the military class.

Monitoring the health of all 5G network components in space is even more important than on Earth. Integrated electronics are moving towards more and more advanced airplane health monitoring systems so that pilots can detect and respond to any malfunctions. Carrying out such a task in space is equally important, but much more complex, as it requires multiple sensors that work together and must be able to function in space, making them somewhat costly. An additional challenge is the need to increase redundancy in 5G systems, because even if the problem can be diagnosed, it is difficult to fix it while the systems are in orbit. Using rectangular apertures for round BGA pads or designing four corner pads can lead to a disaster.
Read more Even the smallest, incorrectly selected element is able to disrupt the effective operation of electronic devices. To avoid this problem, a detailed PPAP (Production Part Approval Process) analysis is performed
Read more With technological advancement, electronics becomes something ubiquitous and surrounds us from everywhere. The basis of any electronic device are printed PCBs on ...
Read more
This site uses cookies!